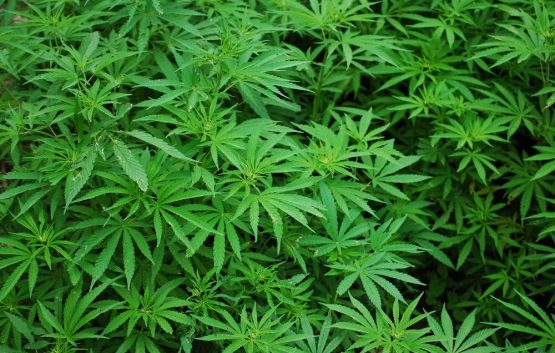 NOTE: This was written before the legalization of marijuana.

You may be living next to a stash house and not know it.

With a record 1.2 million pounds of marijuana confiscated in Arizona from Oct. 1, 2006, to Sept. 30 – nearly half of it in Pima County – Tucson has developed a thriving business as a distribution hub.

The area is a way station where marijuana is stashed until it is moved to its ultimate destination, often on the East Coast.

“It’s just a major, major stash house area,” Counter Narcotics Alliance Sgt. Helen Hritz said of the Tucson area. “There can be 11,000 pounds in one house.”

The alliance is made up of local and federal law enforcement agencies.

Smuggling has also become more constant, with no major spike in activity during harvest season and no lulls in between, Hritz said. The only difference harvest season makes is that the buds are fresher.

“There’s no break in the action anymore,” she said. “It’s no longer seasonal. It’s very much flowing year-round.”

One of the Sheriff Department’s recent seizures, on Oct. 22, included 11,000 pounds discovered in a home in the 1000 block of East Orange Grove Road.

One of the largest single busts in the history of the Pima County Sheriff’s Department was 32,000 pounds – that’s 16 tons – found in a house in the 11000 block of East Speedway Boulevard in 1984.

Stash houses are not confined to downtrodden neighborhoods. They can be found throughout the city and county, Tucson police Sgt. Mark Robinson said. He said they are almost always rental homes.

He said those running stash houses tend to be transient types because if they don’t own the house, it is not seized by authorities.

“They have nothing to lose,” Robinson said, “except their load.”

Even if the drug does not stick around the house for long, its temporary presence can make for some perilous living.

Robinson said stash houses can be dangerous for neighborhoods because they become the target for home invasions by drug dealers or other criminals.

He said the extreme level of violence of the invasions, coupled with high-powered weapons, can lead to hazardous conditions.

“They often have assault rifles,” Robinson said. “The only thing that can stop that ammunition is a brick. It can go through wood frame, windows, doors.”

Other drug smuggling activity can lead to high-speed chases when suspects flee the police, another situation that puts innocents at risk.

The Tucson area is especially suitedfor stash houses because of its network of roadways, Hritz said. In addition to a maze of backroads, two major interstates help smugglers.

Interstate 19 makes a beeline from Mexico directly to Tucson. Midvale Park, an area just west of I-19 and north of Valencia Road, was riddled with stash houses, home invasions and drug-induced violence until residents formed a watch group and took back their neighborhood last year, Robinson said.

Interstate 10 stretches from the Pacific Ocean to Jacksonville, Fla., and connects with a series of northbound routes along the way.

Arizona is a major drug-smuggling corridor for many of the same reasons it is the nation’s busiest corridor for illegal immigration. Wide-open areas, rugged terrain and decoy loads give smugglers the openings they need to get drugs through the desert.

Even much of Florida’s marijuana smuggling, which had its heyday in the late 1970s and early 1980s, has moved to southern Arizona.

“We had well-established routes, not necessarily for drugs, but for human smuggling,” said Counter Narcotics Alliance Sgt. Ramon Delatorre. “It wasn’t like they had to make a new route. Now there is smuggling of undocumented aliens and narcotics at the same time.”

Of the illegal drugs shuttled through the desert, marijuana is king.

“It’s the largest type of narcotic we see and seize,” Hritz said. “In the desert areas they blaze their own trails, carry the bundles for miles and miles.”

The desert is also a place brimming with Mexican drug cartels.

Mexican cartels earned an estimated $8 billion to $23 billion from U.S. drug sales in 2005 and run street distribution gangs in “almost every region of the United States,” the Government Accountability Office reported.

“The only thing that holds the cartels back is their imagination,” said Ramona Sanchez, Drug Enforcement Administration spokeswoman.

When the National Guard built steel vehicle barriers on the Tohono O’odham Nation, smugglers built a ramp to drive over them.

Also, numerous tunnels have been dug under border fences to get drugs to the U.S. side.

In addition to the wide range of smuggling operations and the year-round availability of pot, the increase in pot seizures can also be attributed to an increase in law-enforcement manpower, said Border Patrol Agent Sean King.

He said the Border Patrol confiscated 305,390 pounds of marijuana in fiscal year 2002 in southern Arizona, when 1,800 agents guarded the border.

A recent series of busts over a four-day period netted Border Patrol agents more than 9,000 pounds of marijuana.

The largest haul in that series included nearly 3,000 pounds found in two stolen vehicles abandoned after an off-road pursuit on the Tohono O’odham Nation on Nov. 12.

“There’s a lot more area we can cover,” King said. “In the past, we could cover the major smuggling routes. Now we can cover all the major routes and a lot of other routes.”

“You should know your neighbors,” he said. “You never know who’s living next door.”

Get research writing or editing for your own project. Contact Rynski.